Asesor 360 2011 is an application by the software company Porral TwinWare. Frequently, people want to remove it. Sometimes this is difficult because doing this manually requires some knowledge regarding Windows program uninstallation. One of the best SIMPLE solution to remove Asesor 360 2011 is to use Advanced Uninstaller PRO. Here are some detailed instructions about how to do this:

7. Click the Uninstall button. A confirmation dialog will show up. Confirm the uninstall by clicking Uninstall. Advanced Uninstaller PRO will then uninstall Asesor 360 2011. 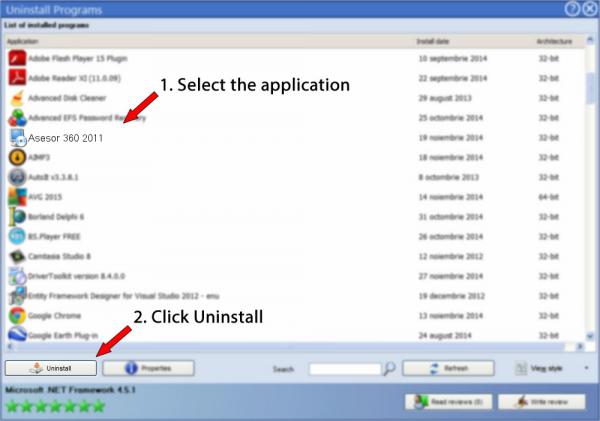