How to uninstall Adobe Playpanel from your system

Adobe Playpanel is comprised of the following executables which take 455.16 KB (466080 bytes) on disk:

Adobe Playpanel is an application released by Adobe Systems Incorporated. Sometimes, computer users choose to remove it. Sometimes this can be troublesome because deleting this by hand requires some skill regarding Windows internal functioning. One of the best EASY solution to remove Adobe Playpanel is to use Advanced Uninstaller PRO. Here are some detailed instructions about how to do this:


For example you can see that for Adobe Playpanel: 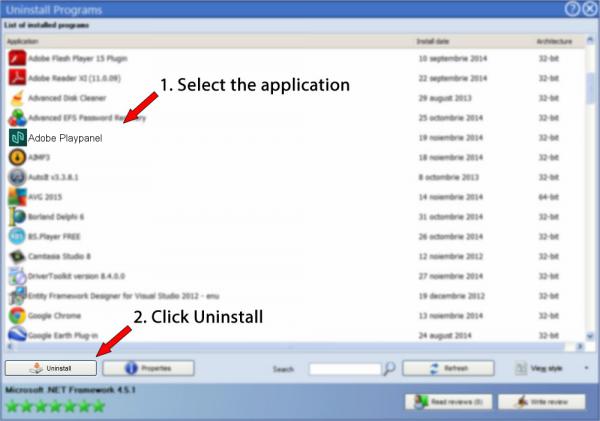