A way to uninstall ASUS GPU Tweak from your computer

ASUS GPU Tweak installs the following the executables on your PC, taking about 7.26 MB (7612416 bytes) on disk.

ASUS GPU Tweak is a program released by ASUSTek COMPUTER INC.. Sometimes, computer users choose to erase this application. Sometimes this can be easier said than done because deleting this manually takes some know-how related to removing Windows programs manually. The best QUICK approach to erase ASUS GPU Tweak is to use Advanced Uninstaller PRO. Here are some detailed instructions about how to do this: 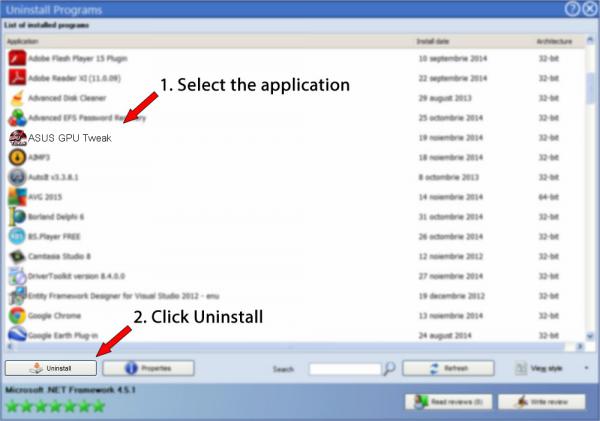