A way to uninstall A Virus Named TOM from your computer


After the uninstall process, the application leaves leftovers on the computer. Part_A few of these are shown below.

Generally the following registry keys will not be uninstalled:


For instance you can see that for A Virus Named TOM:

7. Click the Uninstall button. A window asking you to confirm will come up. accept the removal by pressing Uninstall. Advanced Uninstaller PRO will automatically remove A Virus Named TOM. 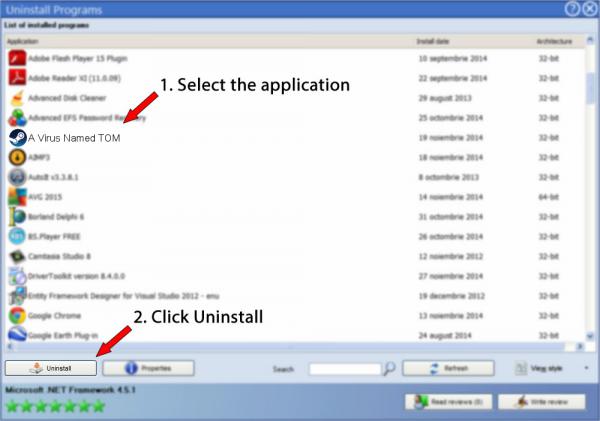